what I did on my holidays (part the third)

On my final full day in England, I got up and drove to Winchester, Hampshire.

This is not my own photo, because for some reason I didn't take one from outside of the cathedral which is basically the central point of Winchester:

It didn't really look like that on the day, being December in the northern hemisphere, and in England no less - but it did look rather beautiful.  It happened to be a day of Christmas markets! 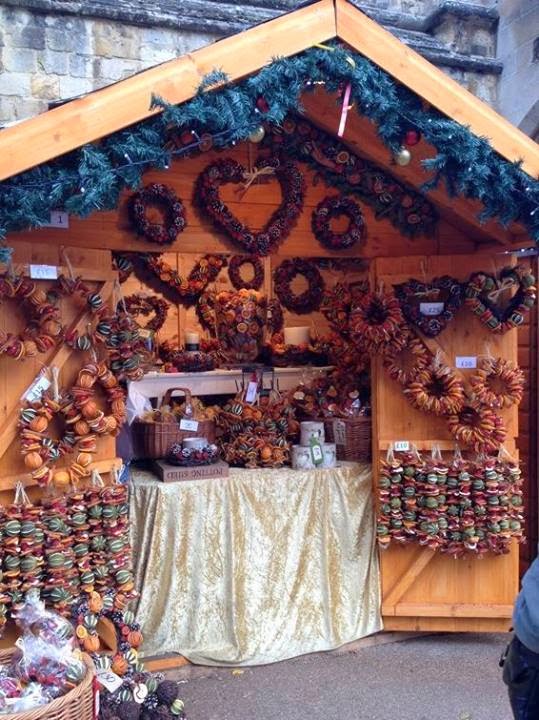 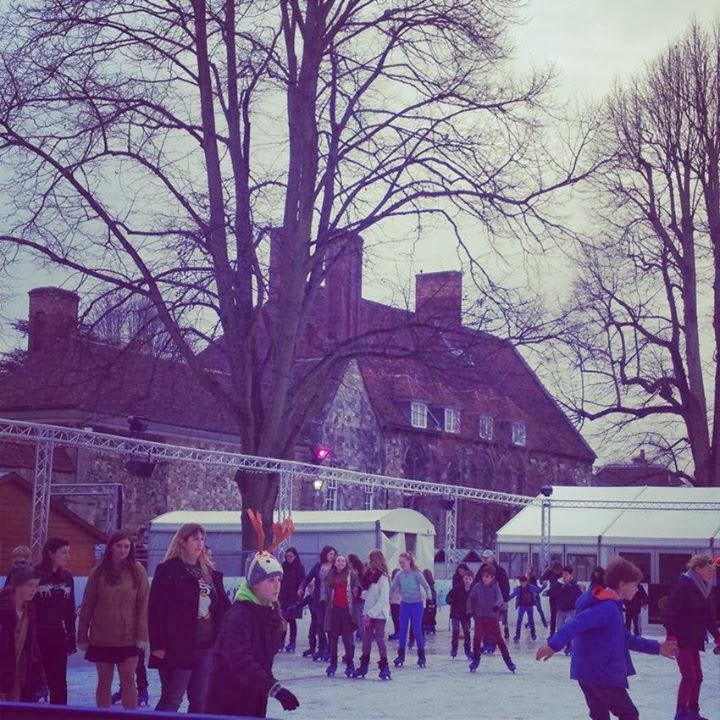 Christmas markets are a happy thing.

What I was really there to see, though, was the interior. 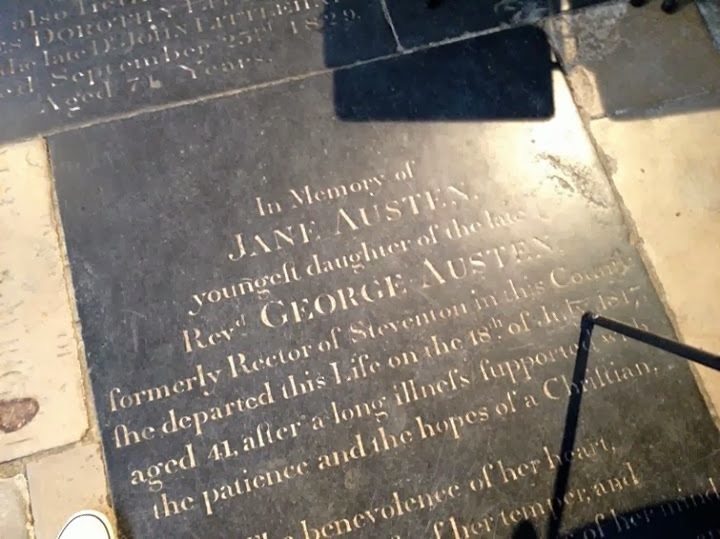 The slightly weird thing about visiting Jane Austen's grave is that it's just another slab in the floor which you're clearly not expected to refrain from walking over.  In this photo, you can even see the leg of one of the cathedral chairs placed artistically (or maybe not so artistically) over the gravestone.

Never mind.  Here was the gravestone, and I am thankful that it still exists, unlike so many of the things which used to prove she existed and now are gone forever.  Actually, the more I think about it, the more I think we are extremely lucky to have as much as this grave, because she certainly wasn't drastically famous when she died, and we probably owe our luck to the fact that she had a rich brother.

It wasn't until later that they installed a stained glass window for her in the same cathedral (of which I got no good photos), and this gold thing: 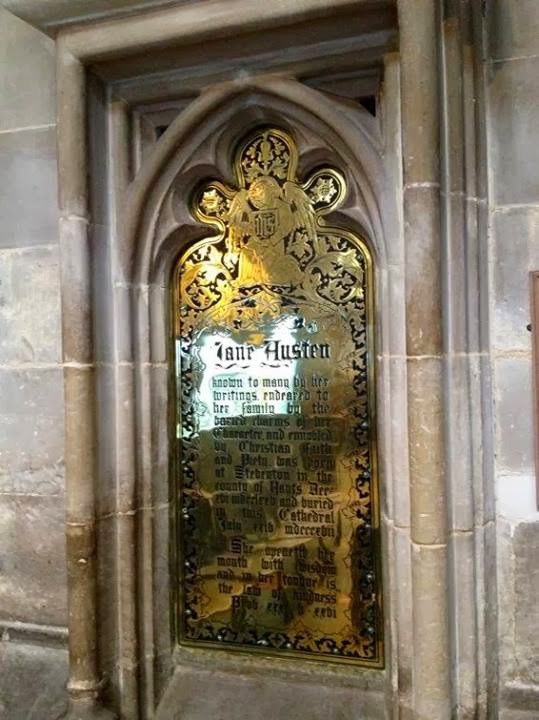 From Winchester, it was off to the tiny town of Chawton, where Jane Austen lived for the last eight years of her life.  This house was a part of her rich brother's estate - he had been adopted by his aunt and uncle when he was small, as they could have no children of their own, and his own parents recognised it was a good opportunity for him.  In fact, his riches meant that Jane, her sister Cassandra and her mother did not have to have a drastic lifestyle change after the death of her father.

The Austen women and a family friend, also a single woman, lived in this red brick house in Chawton: 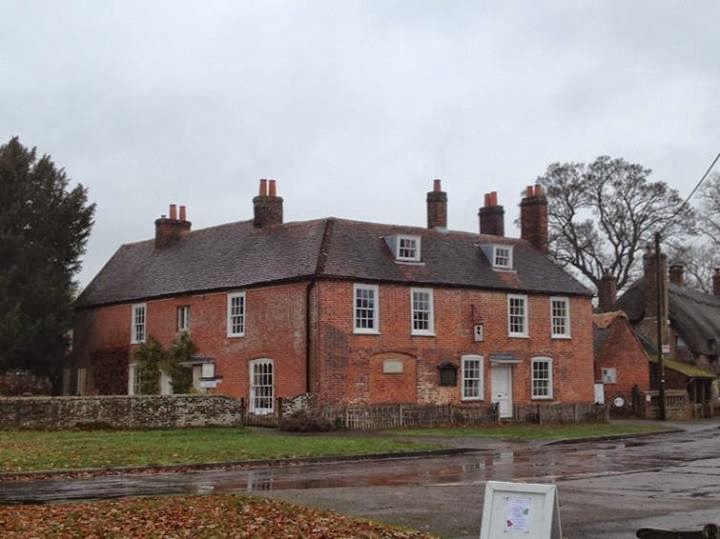 Jane used to sit in the parlour, writing at this very table, and hiding her sheets of paper under a blotter when people entered for visits: 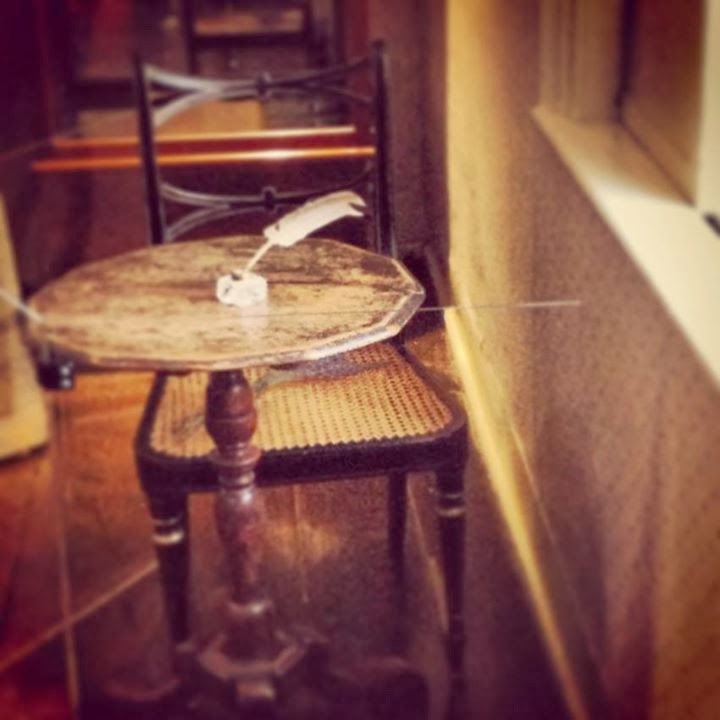 She and Cassandra shared a room upstairs, looking out over the back of the house: 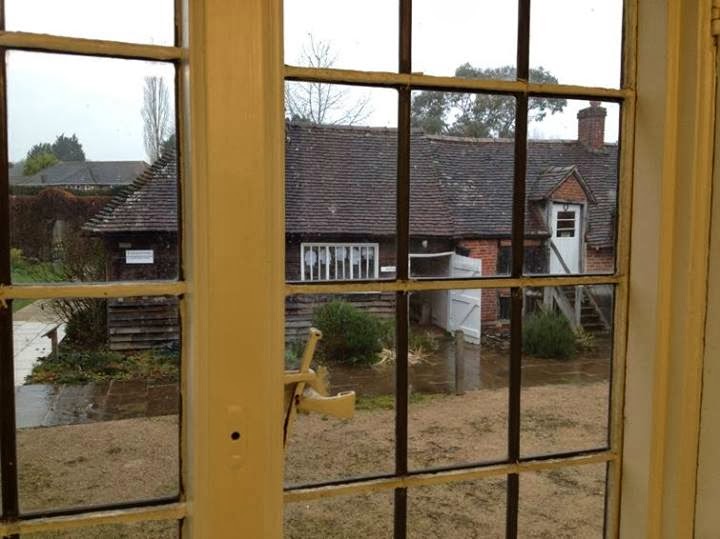 It was absolutely lovely to visit this place.  They had a few items of real interest, like the writing desk, although most items were objects of a similar kind to what the Austen family might have had in their home.  Walking round someone's house, though, you get a sense of the way they lived, and can visualise their lifestyle in a new and interesting way...  I found it quite moving and I also found myself thinking extremely conceited thoughts like "We would have been best friends!"  Slightly wishful thinking but that was the direction my thoughts went in.

This really was a wonderful note to finish my time in England on.  (If I were being really honest I would admit that I actually finished my time in England in the nearby town of Basingstoke and then flew out of London Stansted, neither of which is in any way romantic or exciting, but I'm going to pretend I ceased to be in England when I left Chawton.)
Posted by Allie at 8:30 PM