what I did on my holidays (part the second)

After visiting Bath, I had a non-Austen interlude in Bristol, visiting my old penpal and former fellow HDtS editor V. - which was lovely.  The last time we saw each other we were 11 years old!


After two nights with V. and her husband M., I hired a little red ladybug-like car and set off on the next stage of my literary pilgrimage.  To be honest, the first stage of this next stage was not-so-literary - I was simply driving through Somerset, on the way to my ultimate literary destination, and stopping at Wells to see a pretty cathedral town.  And a pretty cathedral town it was:

After wandering round Wells and scoffing a Cornish pasty, I was on the move again - driving into Dorset on my way to the coastal town of Lyme Regis.

Lyme Regis is a gorgeous little seaside town on the Jurassic Coast of southern England, and it happens to be a place where the Austen family spent some holidays.  Jane Austen loved the place, and she ended up using it for the location of a pivotal part of Persuasion.  (Interestingly enough, I understand it's also the location for a Meryl Streep movie, the title of which I cannot remember...) 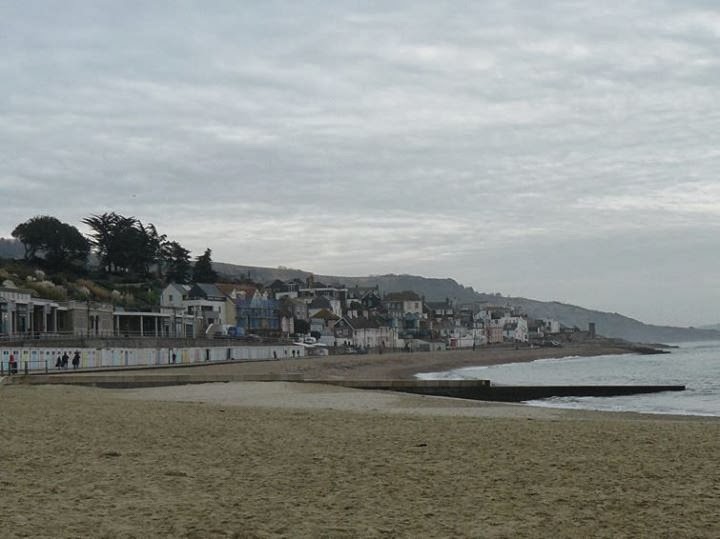 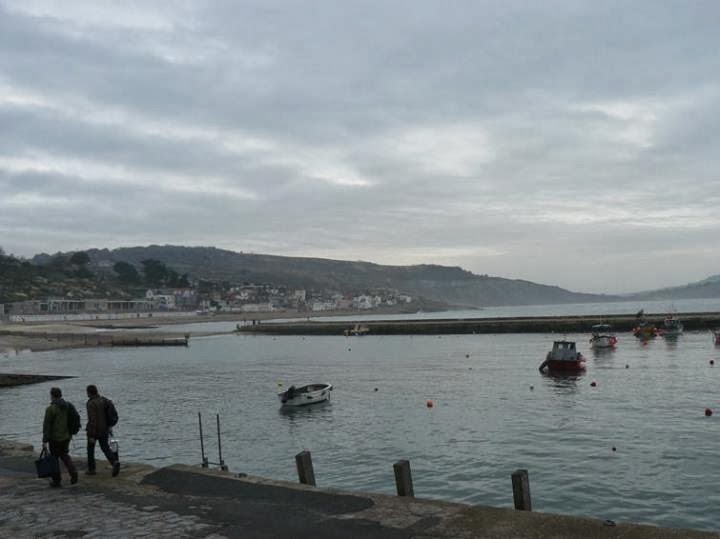 Even if I weren't a Jane Austen fan, I would have loved visiting this place.  Little English seaside towns have such an atmosphere, and this one is completely charming.

But it certainly added something, knowing that I was walking around a place that Jane Austen loved, and, especially as I approached the Cobb, visualising her characters taking the very same path as me. 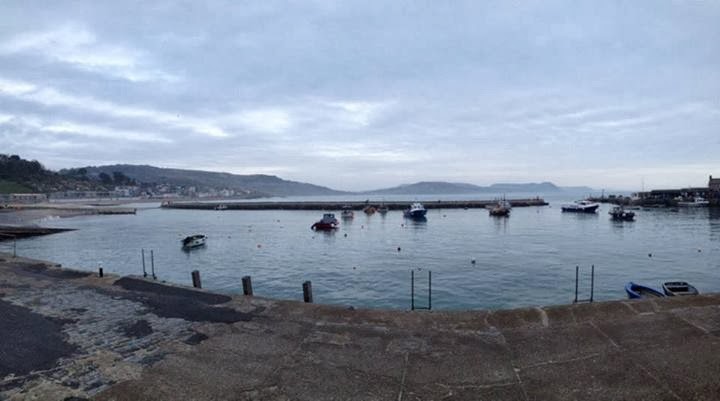 The Cobb is a kind of breakwater to the west of the village which creates an artificial harbour - boats can be moored within it while the waves beat on the other side.  I had no idea until now just how old it is - the first written record is from 1328.

You can walk along the top, and risk getting splashed, or down out of the wind and seaspray.  I walked on the top, and I can understand now exactly why Louisa Musgrove started getting over-excited. 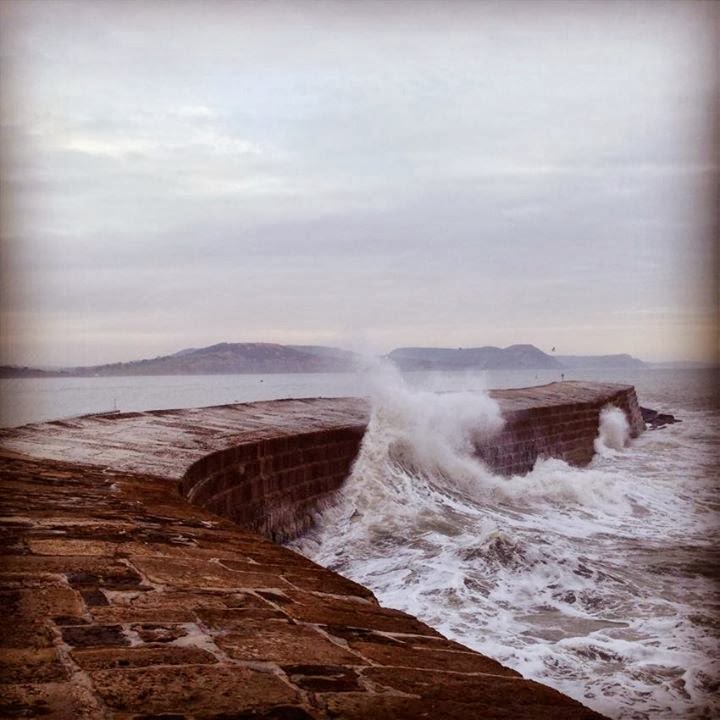 ... as they drew near the Cobb, there was such a general wish to walk along it once more, all were so inclined, and Louisa soon grew so determined, that the difference of a quarter of an hour, it was found, would be no difference at all; so with all the kind leave-taking, and all the kind interchange of invitations and promises which may be imagined, they parted from Captain and Mrs. Harville at their own door, and still accompanied by Captain Benwick, who seemed to cling to them to the last, proceeded to make the proper adieus to the Cobb. ...

There was too much wind to make the high part of the new Cobb pleasant for the ladies, and they agreed to get down the steps to the lower, and all were contented to pass quietly and carefully down the steep flight, excepting Louisa: she must be jumped down them by Captain Wentworth. In all their walks he had had to jump her from the stiles; the sensation was delightful to her. The hardness of the pavement for her feet made him less willing upon the present occasion; he did it, however. She was safely down, and instantly to shew her enjoyment, ran up the steps to be jumped down again. He advised her against it, thought the jar too great; but no, he reasoned and talked in vain, she smiled and said, "I am determined I will": he put out his hands; she was too precipitate by half a second, she fell on the pavement on the Lower Cobb, and was taken up lifeless! There was no wound, no blood, no visible bruise; but her eyes were closed, she breathed not, her face was like death. The horror of that moment to all who stood around!

Captain Wentworth, who had caught her up, knelt with her in his arms, looking on her with a face as pallid as her own, in an agony of silence. "She is dead! she is dead!" screamed Mary, catching hold of her husband, and contributing with his own horror to make him immoveable; and in another moment, Henrietta, sinking under the conviction, lost her senses too, and would have fallen on the steps, but for Captain Benwick and Anne, who caught and supported her between them.

"Is there no one to help me?" were the first words which burst from Captain Wentworth, in a tone of despair, and as if all his own strength were gone.

"Go to him, go to him," cried Anne, "for heaven's sake go to him. I can support her myself. Leave me, and go to him. Rub her hands, rub her temples; here are salts: take them, take them."

Captain Benwick obeyed, and Charles at the same moment disengaging himself from his wife, they were both with him; and Louisa was raised up and supported more firmly between them, and everything was done that Anne had prompted, but in vain; while Captain Wentworth, staggering against the wall for his support, exclaimed in the bitterest agony --

"Oh God! her father and mother!"

I couldn't stop smiling as I walked up and down the Cobb and particularly as I carefully made my way down the steps.  This is my happy place.

And that was the end of the second day of my pilgrimage.

Sort of.  I then drove to a tiny little place called Durweston, Blandford Forum, Dorset - which I think is just a wonderful series of names - and stayed the night in a thatched cottage.  I would name this day as one of the best days of my whole trip.
Posted by Allie at 4:20 PM