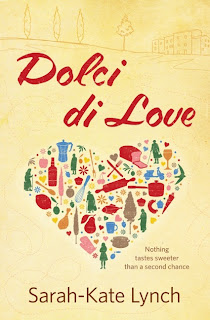 [Australia/New Zealand cover]
Dolci di Love, by Sarah-Kate Lynch, is the story of Lily Turner, a "Manhattan workaholic" who discovers her husband is not only cheating on her but has another family in Tuscany. What does she do? She gets drunk and buys a plane ticket to Italy. She arrives in the tiny town of Montevedova, unaware that she is being watched by a troupe of ancient widows - the Secret League of Widowed Darners - who are planning her happy ending.
The basic premise is pretty familiar. I don't know about you, but I've come across rather a lot of marriage-in-crisis, hop-on-a-plane-to-Tuscany stories, whether they are rom-coms or chick-lit or finding-myself-memoirs. I thought this might be rather a fun read, but nothing particularly special.
Well, in many ways I was right. This is a fun read. Sarah-Kate Lynch's writing style is gregarious, conversational and rather delightful. It's funny. It's sweet. I was hooked from the very. First. Sentence. Tuscany is brought alive to the page. This is definitely one of the most enjoyable books I've reviewed since starting this blog.
All the same, I was fundamentally wrong when I thought that because the premise was familiar this book couldn't be special. There is much more to Lily Turner than we are first told, and there is more to her cheating husband. This is also a story about the pain of being childless, and the effect it has had on a marriage. As enjoyable as the story is, it is also very thoughtful and actually quite a profound portrait of a character. I am encouraged again in the revelation that literature doesn't have to be highbrow or inaccessible to have depth. I also enjoyed the number of clichés set up by Lynch, like the gorgeous, wealthy and melancholy Alessandro, only to be dashed in pieces to the ground. It's not so familiar a premise after all.
I really enjoyed this book. I was a little disappointed with the excessive tidiness of the ending, so I'm not rating it quite so highly as I would otherwise have done, but I really liked this novel nonetheless. It was a breath of fresh air after the dark and intense weeks following the earthquake in Christchurch and the disasters in Japan - exactly what I needed to cheer me up again. I give it four stars. 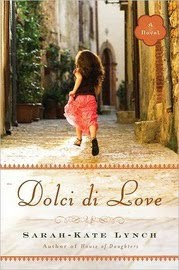