What I learned from authors, part I 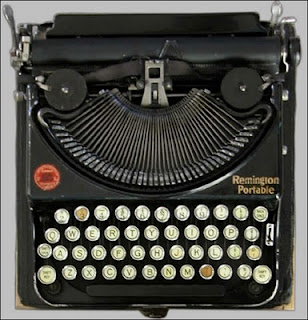 I've been thinking about what I've learned from other authors when it comes to lessons for my own writing.

To start off, and inspired by my friend and former flatmate, Jessica, who has written and illustrated her own children's book, I bring you a blog post with some actual quotable quotes about writing, by writers, which have been thought-provoking for me.

A writer is someone on whom nothing is lost. - Henry James
This is one of the few quotes about writing in which I first saw myself. It was an encouraging moment, to realise why I write and to understand that it's not necessarily normal to notice as much as I notice.

Often, I think writing is a sheer paring away of oneself, leaving always something thinner, barer, more meagre. - F. Scott Fitzgerald
Well, I certainly felt this way after my finishing my thesis, although I suspect that I would invest even more of myself in a novel.

Human language is like the cracked kettle on which we beat out tunes for bears to dance to, when all the time we are longing to move the stars to pity. - Gustave Flaubert
There's something ironic about this quote, in that it's written so beautifully even as it mourns for the absence of a completely satisfying language. I like that. One has to remember that although perfection is so far from one's grasp, it is still possible to write magically.

There is nothing to writing. All you do is sit down at a typewriter and open a vein. - Red Smith
Reading this was one of the first times I realised that my vision of becoming an author was not a very romantic vision.

I... do not think the worse of him for having a brain so very different from mine. ... And he deserves better treatment than to be obliged to read any more of my works. - Jane Austen
At first when reading this I thought of V. S. Naipaul and his comments about women writers, and I thought about how comparatively gracious Jane Austen was in this sense. Then I also learned an important lesson - not everybody needs to like your writing.

I was working on the proof of one of my poems all morning, and took out a comma. In the afternoon I put it back again. - Oscar Wilde
OK, so I haven't quite got this far yet, but I certainly empathise and can see this in my future!

A man's got to take a lot of punishment to write a really funny book. - Ernest Hemingway
Verification from one of the "great writers" that the literature that is not usually seen as "high" can be the most difficult to write.

And now for a quote I disagree with:
Writing is a cop-out. An excuse to live perpetually in fantasy land, where you can create, direct, and watch the products of your own head. Very selfish. - Monica Dickens
Now, I don't like this quote so much, because I think that writers are perpetually bound to reality, even the writers that produce fantasy or science fiction or the like. Writing is hard work and then on top of that the "real world" is constantly standing over you, hammering you with its reality cudgel until you bleed, trying to make your writing work.

What have you learned from the advice that other authors have given?
Posted by Allie at 5:13 PM